I’m pleased to say my team have started a technology blog – new posts every Thursday!

Remember: recording a conversation without other people’s knowledge is illegal in the UK (and elsewhere).

There’s a decent guide to setting up streaming Jitsi with YouTube already – but as I wanted to take just the audio and post it on our internal blog there were a few extra steps required that took me a little while to put together.

There are a few tools for ripping from YouTube, I use this plug-in as it does audio straight away: YouTube Video and Audio Downloader. It needs to know where ffmpeg is installed in the setting panel.

You will need to wait a few hours before you can download the audio – the video can be private, but it seems like YouTube need some time to process it first.

At this point you can use the raw file you’ve downloaded, but if you need to edit it at all you can use Audacity. First use ffmpeg to convert to a WAV file.

Then open that in Audacity and make any changes you want to (for e.g. trimming beginning and ending of meeting). Export audio and you can save it as another WAV file. ffmpeg can then convert to whatever format you decide to use.

I actually convert to a mono recording in Audacity as well then you can make the target file smaller using ffmpeg commands like:

There are good instructions for encoding as MP3 and AAC (which is the .m4a codec) on the ffmpeg website.

Last weekend I went canvassing for the first time – here’s are some good things to bring:

Here’s a great Scott Hanselman talk about productivity – he’s been giving it for a while so there are a lot of versions out there, however this is probably a good balance between length / audience interaction and sound quality.

It’s not directly development related but was received really well by the team here.

Every so often I have an audio file that I need to break into sections. With more files coming as .m4a, the various GUI options I’d used before no longer work.

Now I’ve found a method that doesn’t need a GUI – use command line ffmpeg to split these files. The basics I found from a superuser question that was automatically breaking a file into smaller pieces. Taking out the Ruby sections, here’s the useful snippet.

Note that the cut is made at the nearest point to that time that the stream allows, so it might be a little out.

If you have a recent HTC phone then you probably find that there’s often a big black bar across the bottom of your screen, taking up space you spent hard cash on getting.

In a way, HTC were doing the right thing and the apps were supposed to change so that it wasn’t necessary. Other manufacturers kept the menu button, though, and so the apps never got changed.

By the way, if you want a screenshot on an HTC phone, hold the power button and press Home. It should let you know that it’s worked as well.

Your seat is too low. Raise it a bit.

Brilliant seats to see Russell Howard’s Good News last night from TVrecordings.com – tickets really go to the fastest responders to the newsletter as far as I can tell. Update 2013: I’ve not had as many e-mails from them recently, you may have to follow them on Twitter now.

I thought I’d write up the format of the show a little bit in case anyone ever searches for it and wants advice on when to arrive and stuff – because I’ve previously tried to get there and I was turned away.

The doors say 6, but we weren’t sat in the studio until gone 7 – there was a lot of outside waiting. There are nearby shops – people had MacDonald’s, Subways, Costa Coffee stuff.

The seats we got were in no way linked to when we arrived – we were two-thirds of the way back in the queue but were seated in the second row – although quite a bit off to the right so  I suppose there were bits of the show we didn’t really get to see.

There is an audience reaction camera which is on the right hand side of the audience as you look at the stage (i.e. where I was). The boom camera (jig?) is also on this side, so it doesn’t really get any shots of you (you’re beneath it).

Outside of half term, I arrived at 4:45 and I reckon they were turning people away at 5pm. The previous time I went it was half term and it looked like you had to arrive really early to get in.

The sticker person was there by that point and not particularly happy that people had popped off to the shops so best wait until you’ve got your stickers.

They prefer you to print your tickets out but it is possible to show them on your phone if you let them know you’re going to do that in advance.

Toilets impossible during the show but they are available while you’re queueing – go to the front of the queue and follow the road to studios.

If you have travelled a long way and you didn’t get in, you might ask them for priority tickets as it sounded like some of those holding priority had done that.

Russell Howard is a very funny man and it’s really nice to see a performer interacting with audience when possible – his talents as a compere work really well for this show and it was good to hear him make NSF-TV jokes up and share them with the audience. Then back up and record one that can be broadcasted. I suppose you get that sense from the odd “this won’t be on telly” comment on the TV shows but there’s quite a bit more of that than is shown. 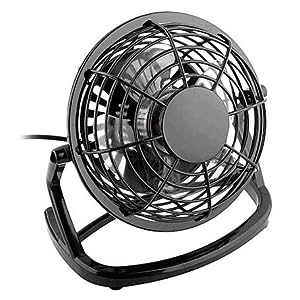 I don’t want to recommend products that often, but I actually found this quiet desk fan to be exactly what it said on the tin. Really quiet, and with a gentle breeze that keeps you cool without using a big gale to do so.

If you know anyone with a noisy fan, tell them how much it irritates you and point them at this.

Useful thing I discovered – you can change old bank notes (you know, the ones shops won’t take anymore) at Post Offices as well as your bank.